Sell Your Property Fast in Wales 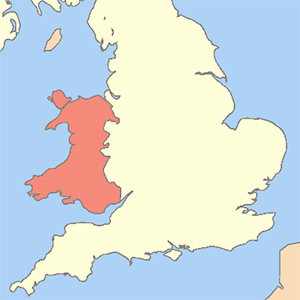 1. QPB can buy fast in these locations in Wales

If you are looking to sell a property fast in Wales, we cover the whole of Walses including the following locations:

When you think of Wales, you often may think of castles and cottages. Indeed there are more than 600 castles in Wales, more per square mile than anywhere in the world. Likewise the cottage is seen as an icon of Wales. Spread through the rural parts, cottages have traditionally been made with low walls of rubble stone. If stone was not available, the walls would be made of a mixture of earth, straw and animal manure (known in Wales as ‘clom’) . The structure is timber based and the roof would be thatched.

With the growth of industrialisation and particularly the mining industry, thatch rooves on properties in Wales fell in decline. Suddenly the arrival of the railways suddenly brought slate mined in North Wales to towns throughout the region and suddenly Welsh homes had slate on their rooves.

Industrialisation also led to large population growth in areas which hitherto had been sparsely settled. Large workforces were needed in mining, metal working and ship building and this led to a need for social housing. Rows and rows of brick terraced were built in a uniform style within the Victoria and Edwardian housing booms to accommodate the workers. And to this day, many Welsh streets contain these streets of similar looking properties.

The following properties have been bought in Wales by Quick Property Buying companies: